Q-emuLator 2.0 has been released, for Intel Macs running macOS 10.14 "Mojave" or later.
Download it here! 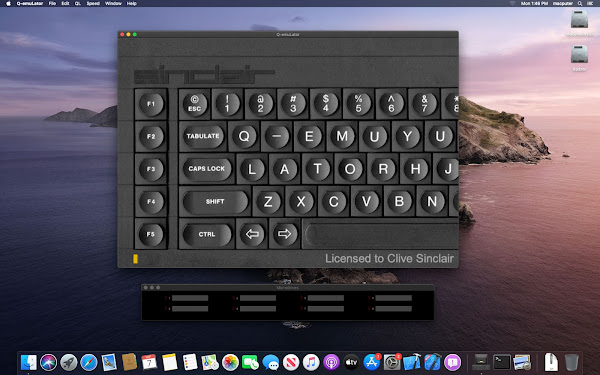 Apart from recompiling the code for 64 bit (32 bit apps are no longer supported since macOS Catalina), there has been extensive work to update functionality that relied on OS X APIs that Apple has discontinued or modified with incompatible behaviour.
Other changes are related to adjusting to the evolving macOS security constraints and to including some of the recent emulator changes that have been released in the Windows version. A few of these changes have also been applied to the 32 bit app (version 1.3.1) to make them available on older versions of OS X.
There is a new Quick Start Guide to help users new to Q-emuLator, or even the QL:

If you purchased a registration for version 1.x, this is a paid upgrade, except for people that have registered in the last year. (If you've registered in September 2019 or later, you may find that the new version already accepts your existing code, or contact me if it doesn't).
Posted by PhotoSynth at 11:26 PM No comments:

In addition to the Motorola 68008, the QL has a second processor, named by Sinclair the "Intelligent Peripheral Controller" (IPC).

The second processor is an Intel 8049 microcontroller that runs independently of the main processor and handles the keyboard, sound and serial port inputs.

Communication between the 60008 and IPC uses a slow serial link and can only happen when the IPC is in-between activities like scanning the keyboard or producing the next segment of a sound.

This can cause a significant slowdown of QL software and the exact timing depends on the code that runs on the IPC.

The code is stored in an internal 2 KB ROM. Sinclair wrote the code, but it got programmed in the chip by the manufacturer, and there is no way to reprogram it.
This also means that if you need to replace an IPC chip, you cannot just buy any available 8049: It needs to come from a QL, or it will contain a different, incompatible ROM.

There are a few copies of the QL IPC code on the internet and they are all the same, apart for a single unused byte toward the end of the ROM.

In order to improve the 'QL Speed' accuracy of Q-emuLator, I plan to better account for the 8049 timings (simulating the interaction between the 68008 andthe ZX8301 ULA will also be necessary, but that's a topic for another day). To compare the speed measured on a real QL to the emulation speed, I need to be sure about what code is running on the IPC, so I decided to dump the contents of the chip and compare them to the version from the internet.

EPROM programmers have the circuitry necessary to read the 8049 ROM, but I don't know of any programmers that support this chip, probably because it cannot be written to.
Reading the ROM can be accomplished by using the "ROM Verification Algorithm" described in the MCS-48 datasheet (MCS-48 is the family of microcontrollers that includes the 8049).

I bought an Arduino UNO board to connect it to the 8049 and read the ROM.

I also got a second QL 8049 to use in my initial experiments and avoid the risk of ruining the chip in my QL.


There is a web page called 8049 Spy that explains how to connect the 8049 for reading the ROM.

I used the same method, with two differences:

Here is the procedure to read the contents of the 8049 ROM:
The Arduino code prints each ROM byte in hexadecimal to the serial link where the PC can read it (through the USB port) and display it (the Arduino IDE has a Serial Monitor window for that purpose).

Here are the connections from each of the 40 pins of the 8049 to the Arduino and other signals:

The 11 bits for the address/data lines are connected to digital pins D2-D12 of the Arduino, while pin A0 (used as a digital pin) controls the 8049 RESET signal.

In addition to the resistors and boost converter, the only components needed are a 4 MHz crystal and two 22 pF capacitors to generate the clock signal.

Here is the code I wrote on the Arduino to read the ROM:

Tweaking the code to make it work took longer than I expected. I found that initially some pins of the 8049 were not making good contact with the breadboard. After straightening the pins and reinserting the 8049, I started getting some data that looked correct, but other bytes or bits were read as zeros. Setting the Arduino digital pins in a input pullup configuration helped, but there were still some remaining zeros. I continued to look for bad contacts, but in the end it turned to be a timing issue and adding or increasing the timeouts in the code finally resulted in a good ROM dump.

I found that both the 8049s I dumped contained identical code. The code also matched the one already available online. This was less exciting than discovering a new version of the IPC ROM, but at least now I'm sure about what is running on my QL (JM version) and know that any small remaining speed differences in the emulator must be caused by something else.

It would be interesting to dump the IPC ROM of an early QL and see whether the code is also the same.
Posted by PhotoSynth at 12:06 AM 3 comments:

An update of Q-emuLator for Windows is now available at http://www.terdina.net/ql/winql.html.

The payment processing service for registration has changed to Paypal.

Here is the new option to use the QDOS driver to access microdrive images (only works when using Sinclair ROMs): 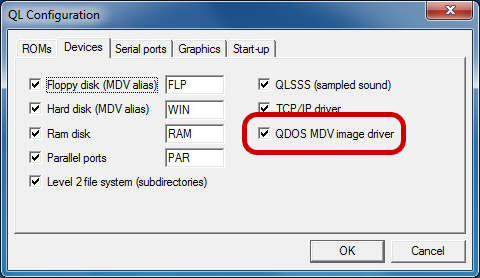 The option is enabled by default. The tradeoff is that access to microdrive images becomes much slower compared to the Q-emuLator device driver (used when the option is not checked). The simulated tape speed is about twice that of a real QL, so loading programs may take a few seconds.

Note that this option only applies to microdrive images; Other media attached to virtual microdrive slots still use the Q-emuLator device driver, as those types of media are not supported by the original QL ROM.

A few early software titles for the QL used copy protection schemes where they accessed the microdrives through QDOS calls, but then did some extra checks at fixed memory addresses where the Sinclair driver would store some of its internal data or cached sectors. There is even software that reads extra sectors from the tape after turning the motor off, relying on the inertia of the motor.

All of these more exotic protection schemes now work correctly in Q-emuLator when using a microdrive image containing a dump of the original copy-protected cartridge and using Sinclair ROMs with the “QDOS MDV image driver” option enabled.

Posted by PhotoSynth at 10:21 PM No comments:

Having always needed to read and edit files from QL, PC, Mac and Unix, I’ve always used programmer’s editors that as a minimum support files with different character encodings and different line endings.

In the past I’ve used software like BBEdit, UltraEdit and jEdit, but my current favorite is Notepad++, a free text editor available for Windows. In addition to the usual features expected from code editors, it has all kinds of plug-ins available for specific tasks like for example pretty-printing XML and of course it has built-in syntax highlighting for the most common programming languages.

Syntax highlighting draws various words and elements of the source code using different colors, based on their function in the language (e.g. keywords vs. strings). It improves the readability of the code.

Notepad++ offers an easy and quick way of adding syntax highlighting for new languages by filling in some pre-defined fields with the lists of different types of keywords and operators and assigning a color to each one of them.
This is a portion of the language definition window:

I assigned different colors to SuperBASIC constructs and operators, QL keywords, Toolkit keywords, numbers, comments and strings. User-defined symbols have no style defined and are shown in black.

Here is how a procedure from the Turbo source code now looks in Notepad++ with the SuperBASIC syntax highlighting (click on the picture to see it full size):

Now I find it easier to read and edit SuperBASIC code! (Q-emuLator runs most of my QL programs from Windows directories, so I can have them open in a Windows editor at the same time.)

The only thing I miss is the RENUM command, but implementing that in Notepad++ would require writing a plug-in.

Posted by PhotoSynth at 12:03 AM No comments: 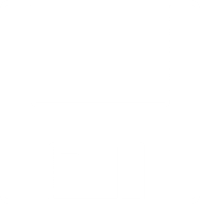 In OS X, it used to be possible for users to get raw access to removable disks, including floppy disks.

In recent versions of the OS, Apple changed the permissions and only root can now access floppy disks at the low level necessary to be able to read non-Mac and non-PC disks.

This change may have closed a potential security hole, but it also means that emulators are no longer able to access floppy disks without the root user authorizing the access at some point.

On OS X Mavericks, for example, Q-emuLator by default will not be able to gain access to QL floppy disks. The easiest solution is for root to grant access to the floppy disk to everyone.

In OS X all disks are visible (“mounted”) as subdirectories of the /dev directory, so to enable Q-emuLator to access a floppy disk you may use the following procedure:

Now Q-emuLator will be able to access the QL floppy disk (as it did by default on previous versions of OS X).

If you insert another disk in the floppy drive, OS X will likely assign to it a different device name, so keep the terminal window open and repeat steps 4-6 for the new disk.

To avoid having to repeat this procedure often, it may be a good idea to use the emulator to copy the contents of your QL disks to folders on your hard disk (I use a different folder for each disk) and from now on use the folders instead of the floppy disks. Your software will load from the folders exactly as if it was still on the floppy disk (you can even continue to use the FLP device name), only much faster.

While looking for a Perl file to modify for another project, I came across a script I wrote ten years ago to count the lines and comments in C/C++ projects and out of curiosity decided to use it on the current Q-emuLator codebase.

The result is that Q-emuLator today has 68000 lines of code (67995 lines in 235 files to be precise, after excluding lines that are entirely blank or comments)…

…mostly written during nights over the last 19 years

The count includes some currently inactive code like the binary translator for the QemuFast project and it excludes the Unzip sources.

A few assembly and Perl files are also not counted.

There are then about 5000 lines of code between the M68000 debugger and a tool to generate tables for the disassembler and the timings for each CPU instruction.

Posted by PhotoSynth at 11:29 PM No comments:

Q-emuLator 1.2 for Mac OS X has just been released, adding a special mode (similar to the one available for the Windows version) that allows users to try running QL software on it before purchasing a license.

The new “Try” button in the startup/registration window allows emulating a QL with 128 KB or RAM and speed similar to that of the 68008 CPU.

As always, registration unlocks fast CPU emulation and the full set of features: 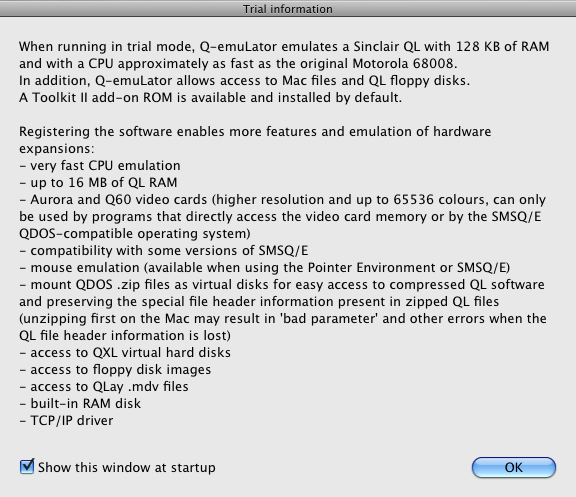 Download this update from the Q-emuLator for OS X page!

Posted by PhotoSynth at 9:23 PM No comments: